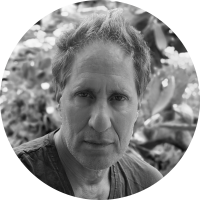 Daniel has been working in documentaries for over 30 years as a self-shooting director, DP, editor and producer in over 65 countries around the world primarily for the BBC, Channel 4, PBS, ARTE and French Television. In addition he launched the training programme at the Frontline Club in London,  has taught documentary classes at EICAR, the international film school in Paris and trained self-shooting journalists in Europe and Africa. His work has been well received with RTS, Grierson and Emmy awards, and BAFTA and Academy Award nominations.